Clearly, this so-called "feminist" who peaches "women empowerment" is not comfortable in her own skin...

It’s amazing how these so-called “feminist” celebrities preach about body positivity and women just being who they are, and then someone like Alyssa Milano goes on TikTok to rant about COVID with 97 filters on her face because she’s scared to death about what she looks like as she gets older.

Look, getting older has its good and bad points. I like it because I am wiser, more resolute in my beliefs, and I really don’t give an “F” anymore about what people think. But the lines around your eyes start to creep up, and your once-taught skin isn’t quite so “bouncy” anymore.

Sure, that sucks, and I buy 100’s of dollars worth of face goop each month to help slow down the process as much as possible…but overall, I pretty much embrace where I’m at in life, because besides the skin issues, and maybe the less-than-perfect eyesight, this is by far, the best and happiest time of my life.

But “feminists” like Alyssa, who are constantly preaching about women being accepted for who they are, aren’t walking the walk, are they?

In this latest video, I kid you not, Alyssa looks like a waxy cat-woman, that’s how many filters she has on this clip. She’s almost unrecognizable.

She has to use teenage girl filters because she never evolved as a woman. All shadow energy / toxic femininity. You can tell she’s abusive, she should let her staff out of those NDAs. That would be quite the story. https://t.co/bX3w6NDoz2

Poor misguided Alyssa. Phony on the inside and out.

The type of TikTok filters that Alyssa is using has come under heavy criticism from women, who claim that they are just promoting the same old “female stereotypes.”

Technology Review reported that when augmented-reality face filters first appeared on social media, they were a gimmick. They allowed users to play a kind of virtual dress-up: change your face to look like an animal, or suddenly grow a mustache, for example. Today, though, more and more young people—and especially teenage girls—are using filters that “beautify” their appearance and promise to deliver model-esque looks by sharpening, shrinking, enhancing, and recoloring their faces and bodies.

Critics argue that this is harmful to girls, who can never live up to the “filtered’ look they can achieve online.

And now, we have Ms. Alyssa the feminist using these fake filters to push her fake COVID hysteria.

This is what Alyssa Milano looks like, and that should be okay – but, for her, I guess it’s not anymore. 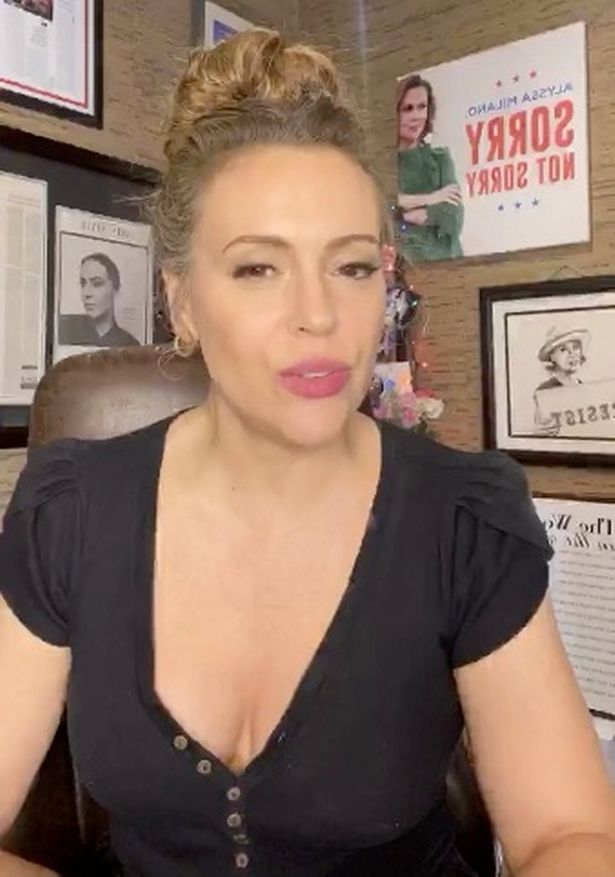 Well, I guess when you look at how phony all of this is: Alyssa, her politics, her “president,” and her fearmongering, she actually is the perfect “filter” candidate after all.

California’s Supply Chain Crisis Is Mostly Because Of Their Lawmakers

‘I’d Like An Answer To My Question’: Hawley Grills Witness On Whistleblower Complaint

‘Is It Systemically Racist Or Not?’: Kennedy Questions Judicial Nominee On LA County Superior Court