Remember Joe Scarborough’s Intern Lori Klausutis, found dead in his office while he was a Representative – Now a Cold Case

Many Americans probably have forgotten, or never knew, that a 28-year-old female staff member was found dead in the summer of 2001 in the office of U.S. Rep. Joe Scarborough (R-FL). Officials in Fort Walton Beach, Florida, determined that Lori Klausutis died from an accident. The mainstream press largely ignored the case, but our review of several investigative reports indicates the official finding is highly questionable.

Does that mean Joe Scarborough is a murderer? No. But we suspect someone who had access to Scarborough’s office in 2001 is a murderer. We find it unlikely that the head trauma that killed Lori Klausutis was the result of an accident.

On July 20, 2001, at 8:10 AM, the body of Lori Klausutis was discovered on the floor of the North Fort Walton Beach office of retiring Republican Congressman Joe Scarborough of Florida. One might have expected an intensive investigation but the medical examiner is the referee in the investigation of suspicious deaths. He concluded the death is accidental, and the investigation stopped. 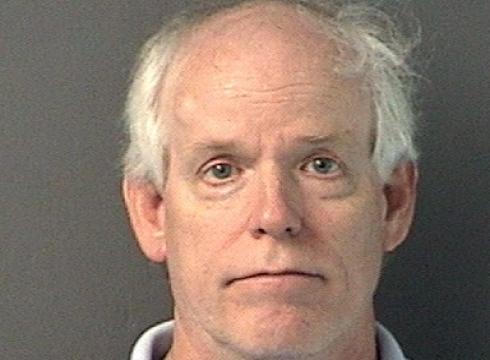 However, It seems unlikely that a 29 year old girl could fracture her skull from a fall in an office. Did she bang her head on the desk, or did “Congressman Joe” do it for her? The details to this case are EXTREMELY SUSPICIOUS. Even more suspicious is the total lack of media coverage while at the same time the Condit/Levy case was sensationalized. Who can shed light on this??

Berkland, 57, was charged with of improper storage of hazardous waste, keeping a public nuisance and driving with a suspended license. He was released on $10,000 bail.

Wayne Dupree is owner and founder of WayneDupree.com. He was named to the 2017 Newsmax’s 50 Most Influential African-American Republicans. He served in the USAF between 1987-1995. He saw time in Operation Desert Storm/Shield and is the father of three. He is the host of the Wayne Dupree Show.

[VIDEO] Dan Scavino Shared an 8-Second Clip With No Sound, That’s the Most Damning Hit to Kamala Yet